From the Leadership Team

Today we held our end of year assembly and celebrated the final term of 2021. We congratulated students who received Values Awards, Remarkable Readers Awards and Terrific Kids Awards. We also celebrated our Year 6 and Year 7 award winners, the Volunteer Award recipients and drew the Parents Association Christmas raffle. Staff and students who are leaving Dernancourt School were acknowledged and we wish them all the best with their new journeys in 2022.

Thank you to all of our Dernancourt School families for their support throughout the year. We hope that you all enjoy your holiday break and have an opportunity to spend time with loved ones.

We look forward to seeing everyone when school returns on Monday 31st January 2022.

The Aili Award has been awarded to a Year 7 Graduate since 1989 and as we will no longer have Year 7s, last night was the final time it was presented. This year we had joint winners - Cooper Testi and Aaryan Naryee.

The process of selecting the recipient of this award started a long time ago and although Cooper and Aryan have achieved differently, they are both worthy recipients…. We just could not split it!

This year we have watched them grow, learn and mature. Both stepped up to and accepted leadership opportunities, taken on Crossing Monitor responsibilities, flag duty and have pursued their interests representing our school at Festival of Music in the choir.

Cooper was a Sports Day Captain and represented our school on cricket and football teams. He participated in our SAPSASA teams before trying out for District SAPSASA teams. His classmates describe him as intelligent, hard-working with neat books. He is brave with his decisions and shows integrity.

Aaryan was a Sports Day Captain in 2020 and has been elected by his peers as an SRC rep 4 times. He has also participated in school cricket and football, and represented our school in the SAPSASA Cricket team

His peers say that he is funny and very smart, always willing to help others in the class.  His classmates tell us that each time he has been an SRC rep, he has done an outstanding job, even getting better at it each time.

Both are young men with integrity. Congratulations Cooper and Aaryan on everything you have achieved so far, we look forward to hearing where the next part of your learning journey takes each you. 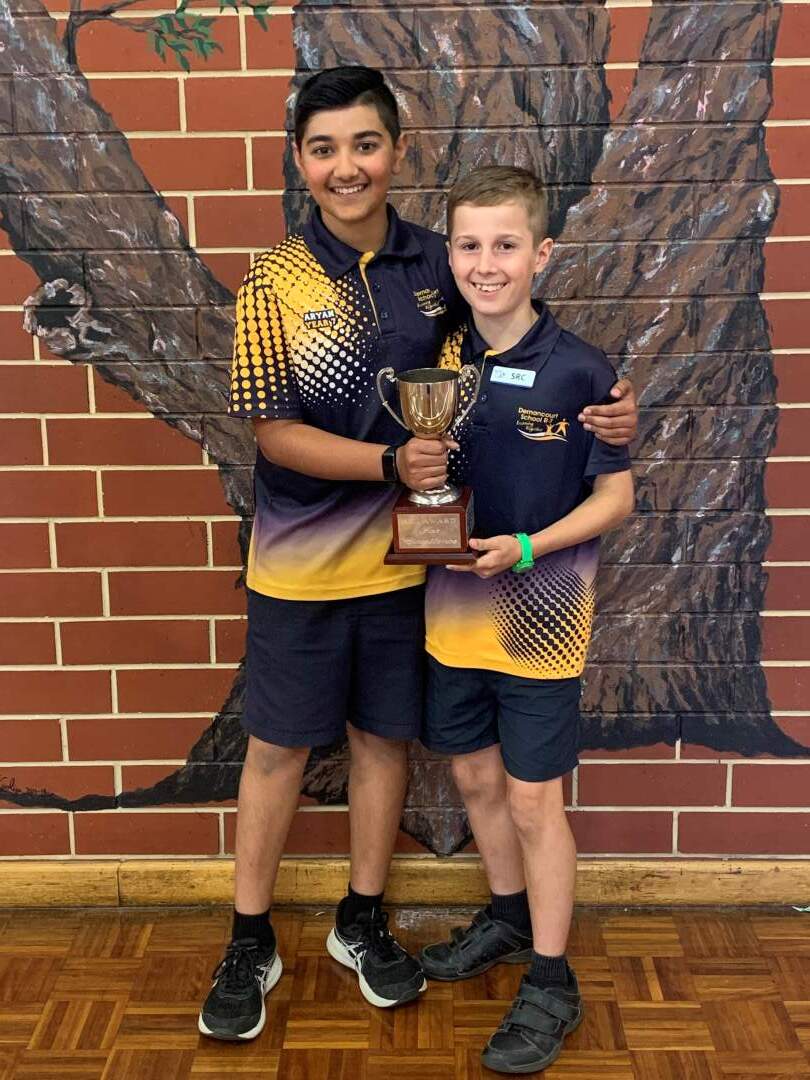 The Torrens Award is presented annually by Dana Wortley MP to a Year 7 student. This year Reikaya Everwinter is the very worthy winner of this award.

Reikaya strives hard to achieve in all areas of her learning, and seeks opportunities for new experiences. She has been a member of the school choir, selected as a compere for the Festival of Music, a very reliable crossing monitor, an SRC representative, Sports Day captain, flag monitor, AV monitor, MC for the school concert and has helped to run breakfast club.

Other students describe Reikaya as being kind and caring, respectful,  compassionate,  enthusiastic,  very hard working,  and a great role model. 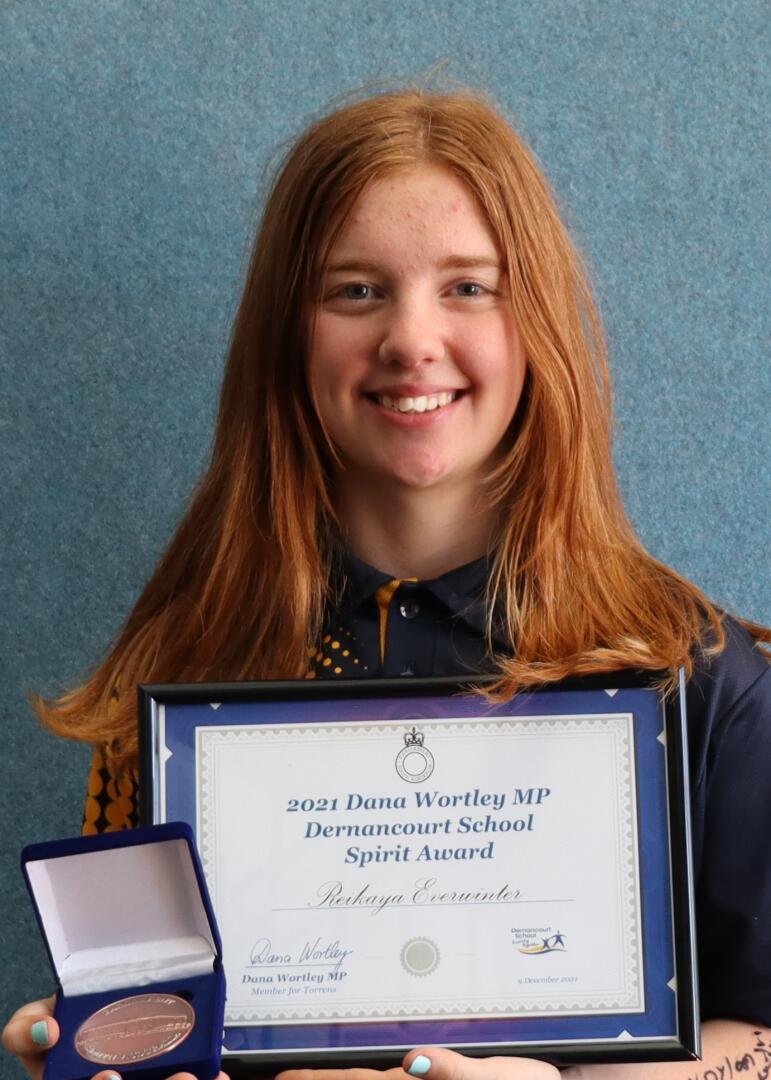 The School Spirit Award is a new perpetual Award to be presented at the Year Six Graduation Ceremony each year.

This award is to be given to the student who -

has a passion for learning,

Shows respect for self, others and property

And uses integrity at all times

The inaugural winner of this is Zara Freund. Zara always shows commitment to her learning and ensures she completes any task given to her to the best of your ability.  Teachers commented on how reliable she is, completing tasks and helping and supporting others to do the same. Zara's peers said she is always accepting and inclusive, kind, hard-working and focussed on her learning. 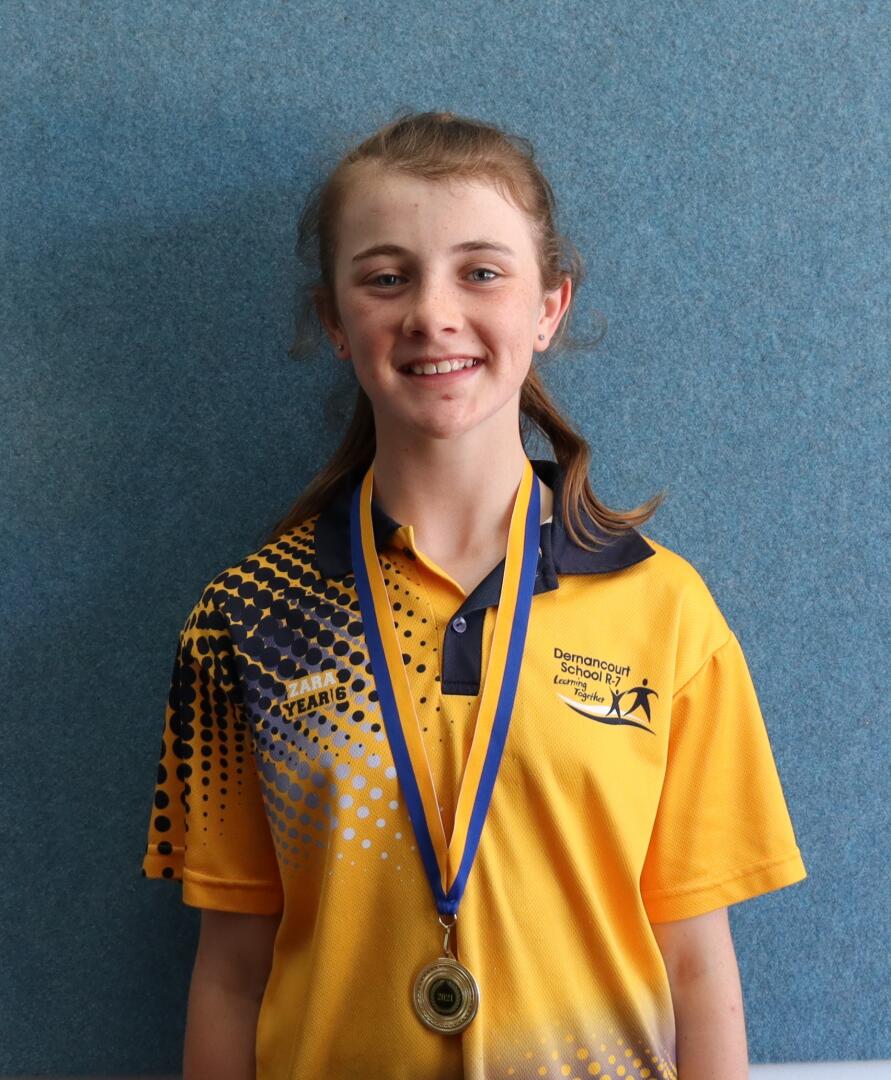 This year we introduced a new award for graduating Year 6s. The Hartley Medal will, from this year, be awarded to a Year 6 student who has made the best all round contribution in their schooling life. It is not necessarily based on academic brilliance, but it aims to identify a range of qualities in a student which makes them a positive role model for their peers. This includes persisting with learning, helping others and engaging in a variety of tasks throughout the school year.

In 2021, the Hartley Medal was awarded to Brody Wegner. Brody is a quiet achiever who was a member of the Uniform Committee who designed the commemorative tops for the year 6s this year, actively consulting his classmates and providing ideas. During 2021, he represented the school at SAPSASA, was selected to speak at the Remembrance Day ceremony and was an SRC representative for his class.

Congratulations Brody on being the inaugural winner of the Hartley Medal. 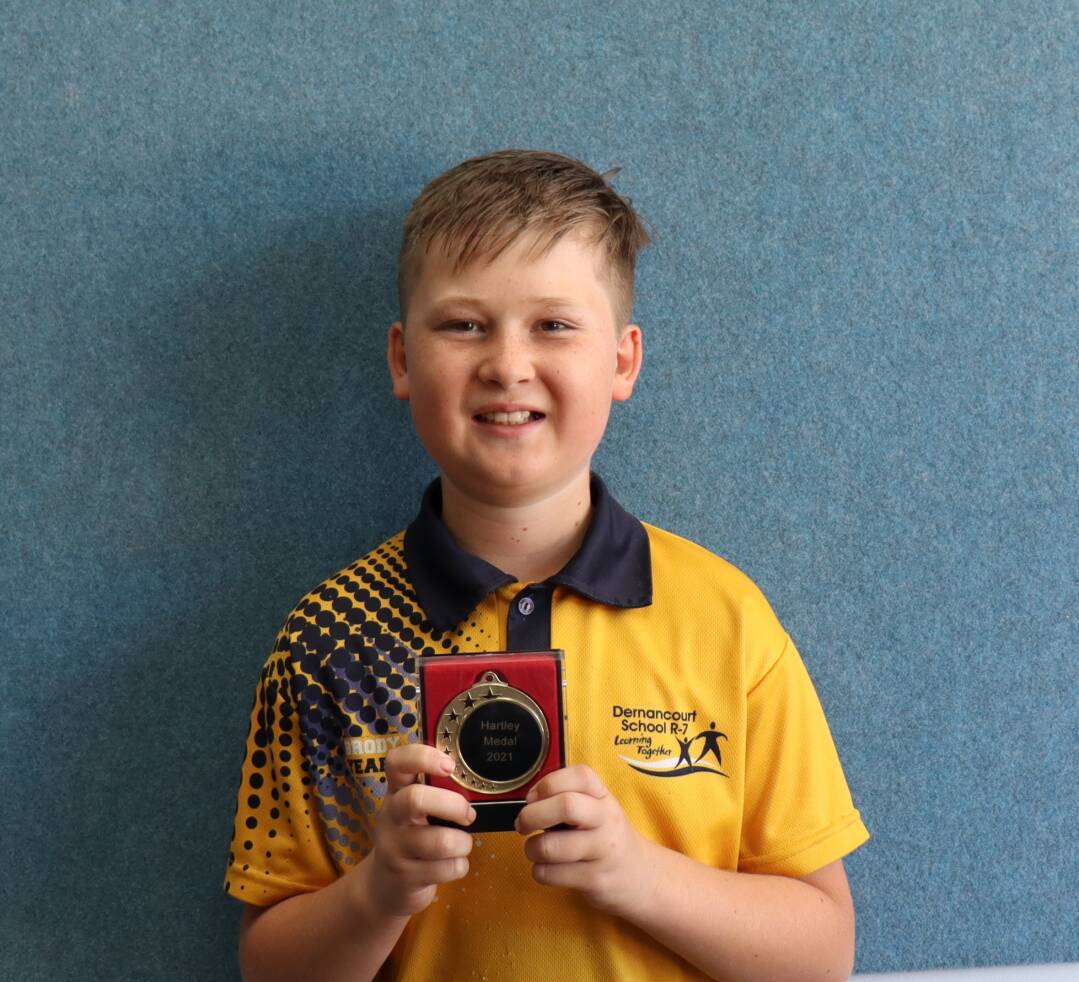 This year, our Volunteer Award was awarded to the Sweeney family. Hilary, Colin and their children all attend working bees and even though Molly and Digby have moved onto high school, they still volunteer at these events. Hilary ensures that volunteers are always organised and Col plays an important part on these days. He has installed sprinkler systems and organises for the shifting of dirt, branches and plants.

Hilary has been on the Governing Council for a number of years and has held executive positions including Chairperson, Vice Chairperson and Treasurer. She is a member of a number of sub committees and has successfully applied for grants.

The Sweeney family are worthy recipients of the Volunteer Award and we thank them for the hours they put into helping at Dernancourt School. 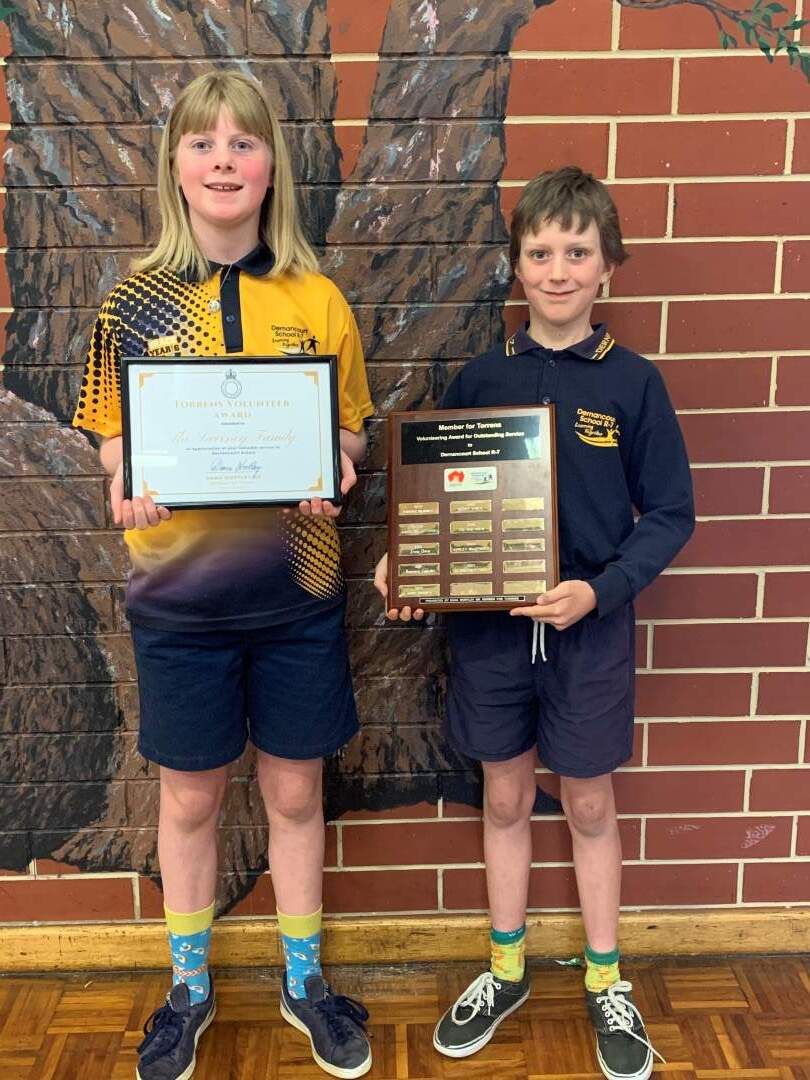 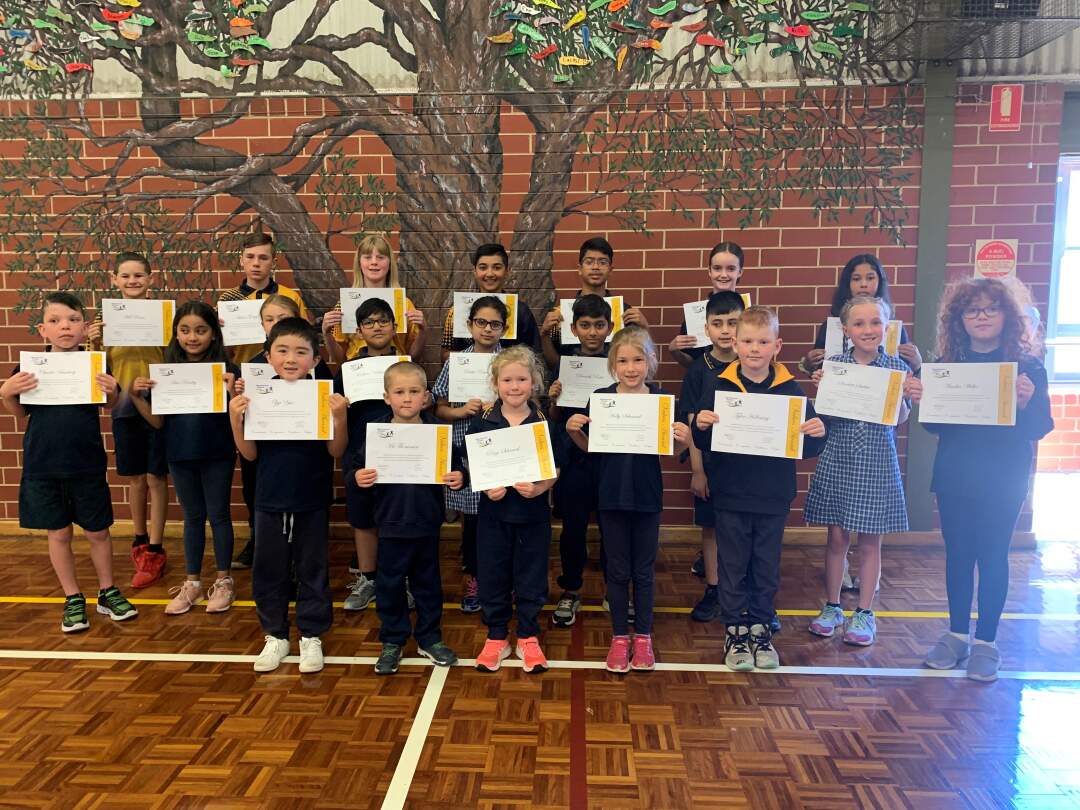 This year, we recognised the student who read the most words from each year level (3-7) as recorded on Literacy Pro.

Congratulations to Amelia, Zoey, Rayhan, Cooper and Aarav for being the first students to receive these awards. We hope you enjoy reading your prizes during the holidays. 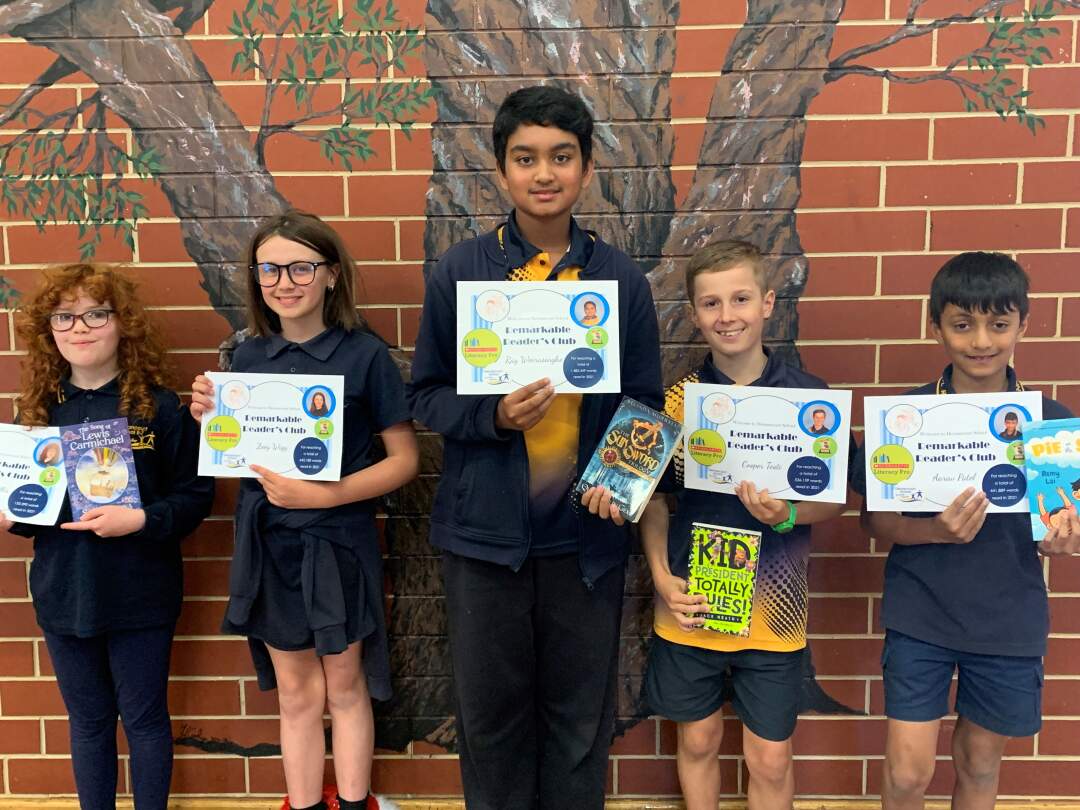 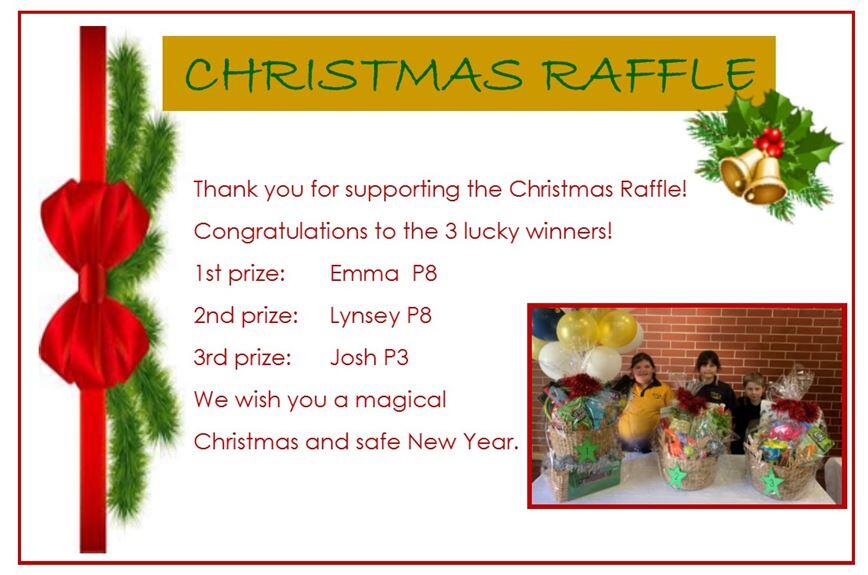