On leaving the synagogue, Jesus went with James and John straight to the house of Simon and Andrew. Now Simon’s mother-in-law had gone to bed with fever, and they told him about her straightaway. He went to her, took her by the hand and helped her up. And the fever left her and she began to wait on them.

That evening, after sunset, they brought to him all who were sick and those who were possessed by devils. The whole town came crowding round the door, and he cured many who were suffering from diseases of one kind or another; he also cast out many devils, but he would not allow them to speak, because they knew who he was.

In the morning, long before dawn, he got up and left the house, and went off to a lonely place and prayed there. Simon and his companions set out in search of him, and when they found him they said, ‘Everybody is looking for you.’ He answered, ‘Let us go elsewhere, to the neighbouring country towns, so that I can preach there too, because that is why I came.’ And he went all through Galilee, preaching in their synagogues and casting out devils.

In the midst of an extremely hectic 24 hours where Jesus effectively launches his public ministry, Jesus takes time to go aside to a lonely place and pray. The passage tells us that it was ‘long before dawn’ that he did this. It may have been his usual practice to pray early in the morning or he may have been restless after the events of the previous day and the thought of what lay ahead. Nevertheless, Jesus provides us with a model of using prayer to reflect on events and to prepare ourselves for the day ahead. 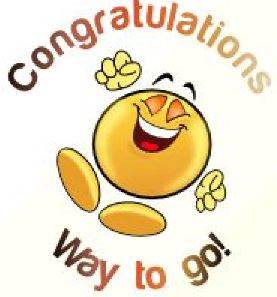 Congratulations to our Kindergarten students who have settled in extremely well during their  first week of school. They are quickly learning school routines and are enthusiastic about learning.

Our Lady of Lourdes recognises that email is a fast and convenient way to communicate with your child’s teacher.

We wish to remind you that teachers read their emails at various times throughout the school day. Further, teachers are generally not expected to respond to emails from parents and students outside of normal working hours. In the case of a genuine emergency please contact the school office during business hours on ololbhills@parra.catholic.edu.au  or phone 88413700. 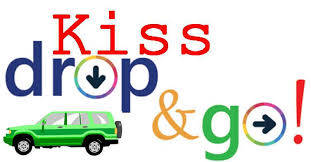 Thank you for the patience and smooth way most people are dropping o children in the morning before school. Please be considerate and remember to move up the road towards the end of the church to make room for others.  Please drive carefully and be aware of the safety of our children.

The current kindergarten drop off procedures will continue next week.

The planned information evenings will still go ahead. We are waiting on the Covid restriction update to inform you of the dates and format.

Please see canteen price list for 2021 , please note there has been a price increase.

We held our zone swimming trials today. Congratulations to all those who participated. The school squad for the Zone carnival will be announced some time next week.

We are making a return to Youth Groups this term at the Parish of Baulkham Hills. Please pre-register via the following link if you are wishing to attend.

Our Youtube Channel is also still up for those still wishing to engage with the ministry, but are unable to come along. Videos present input, games, activities and a few tips for keeping connected! If you have any suggestions for future videos please forward them via the contact details below!

Y5-8: This Friday the 12th of Feb., come to the Downey Room from 7-8:30pm for the first youth group of the year! Come along for a night of food, games, and activities, as we celebrate the return of youth group!! We look forward to seeing you there.

Y9-12: Friday the 19th of Feb., come along to the Old Church from 7-9pm as we kick off our first senior youth group for the term – enjoying food, games and activities in great company! We look forward to having you along!

If you have any general questions or concerns please contact the Youth Minister Paul Fam, on 0407 773 174, or send an email through to youth@parishofbaulkhamhills.org.au